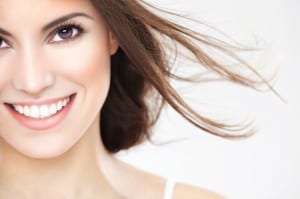 What’s the difference between Botox and Dysport?

Luckily for you, we’re here to break it down.

With so many age-defying products on the market, it can get confusing in a hurry!  We understand it’s a challenge to keep them all straight, let alone figure out which one is best for you. Both Botox and Dysport are derived from botulinum toxin  and work by relaxing the targeted muscles.  Disport was used for many years in Europe before gaining FDA approval in the US. So let’s take a look at two market leaders and define the differences.

In many cases, Botox and Dysport are used in the same way to treat the same wrinkles and fine lines.  Researchers found that in double blind studies, neither the doctor nor the patient could tell the difference between the results in the two products.

Conflicting research has shown that Dysport “spreads more” during the procedure.  Depending on the location, that spreading may have benefits.  When treating large areas, like a forehead, the spreading could mean fewer injections are needed – meaning less discomfort and swelling.

If you’re in a hurry to look younger before that big party or event in the next few days, Dysport may have an advantage.  Some seem to think that Dysport works more quickly than Botox, by as much as 1-2 days.  Most seem to agree that both products last about the same amount of time.

Both Botox an Dysport work in similar ways.  In some cases Dysport may be a bit less expensive for the cost conscious consumer.

Bottom line… the jury is still out on defining any significant differences between Botox and Dysport.  Choosing the best product for your treatment requires a consultation with our excellent team.  If you’re ready to get rid of fine lines and wrinkles in your forehead, or ditch those crow’s feet around your eyes, then give us a call to take the first step to a younger looking you today!

Before, During, and After Your Tummy Tuck
Is a Brachioplasty Right for You?